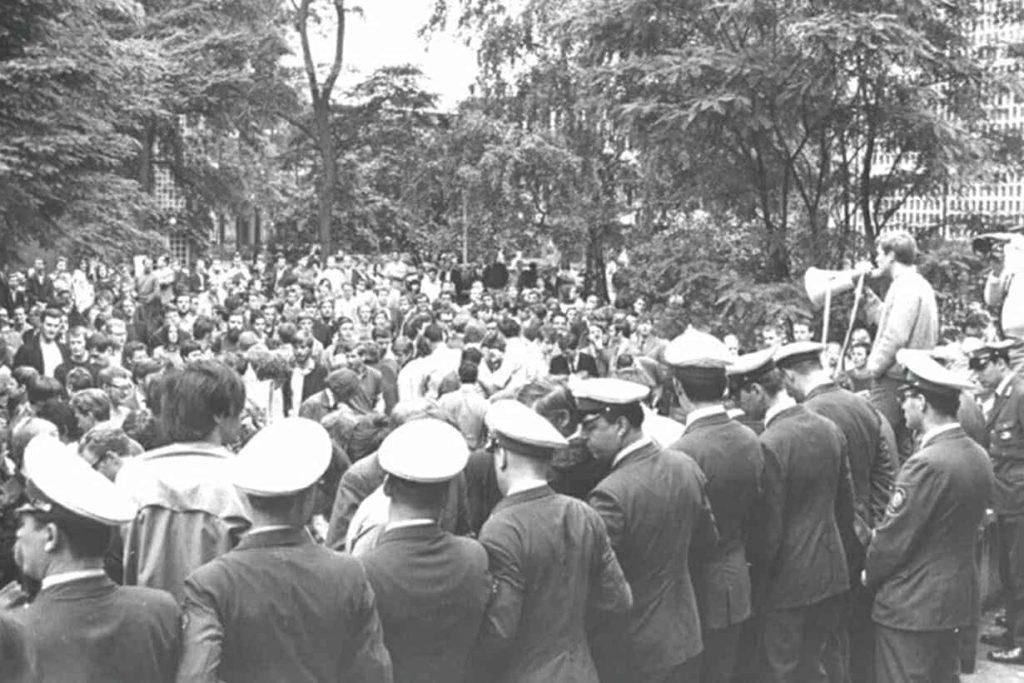 Capital of Revolt - The 1968 Movement

Tour on behalf of the Federal Agency for Civic Education.

Fifty years ago, student protests began at Freie Universität in Berlin against nuclear armament, the Vietnam War, and traditional university structures. Berlin subsequently became the stronghold of the student revolt, the secret "capital" of the 1968 movement. Benno Ohnesorg was shot here, the great Vietnam Congress took place here, the commune lived here, Rudi Dutschke worked here - and the radicalization of the movement towards left-wing terrorism started here. The 68er represent in different respects a watershed in the history of the Federal Republic of Germany, which can be felt until today.

On behalf of the Federal Agency for Civic Education we offer a multimedia city tour of the 68er movement. Our tour "Capital of Revolt" takes you to the key locations and original scenes of the events. Stops include the Technical University, the Amerikahaus, the Deutsche Oper, the Freie Universität, and the Rathaus Schöneberg. In addition to the student movement and the APO, the tour also focuses on the attitude to life of the time, the actions of the fun guerrillas, the special relationship to the US, the beginning of the women's rights movement, and the path to violence and terror.

On additional monitors in the bus, we show fascinating and some until now never published film documents, which vividly convey this formative time.

The city tour is sponsored by the Federal Agency for Civic Education. It is aimed primarily at school classes and other educational groups, but may also be booked by interested groups.