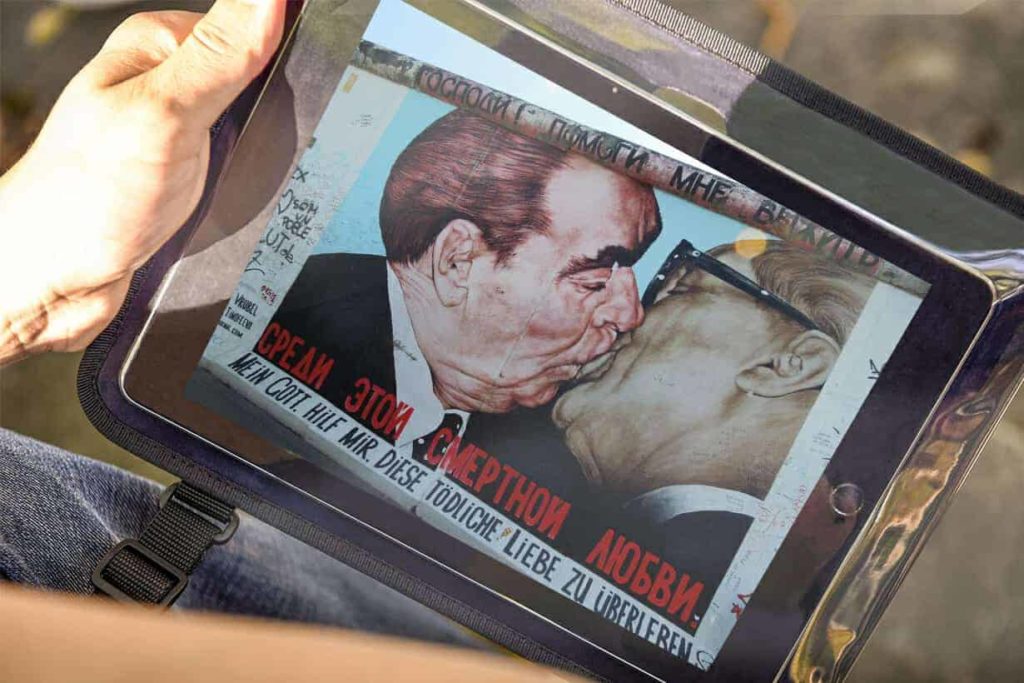 Divided City - The Berlin Wall and the Cold War

The Berlin Wall fell over 30 years ago.

Less and less reminds us of the time of division. We use the iPads to search for clues. We find the remains of the border fortifications and arrive at scenes of dramatic escapes through the death strip.

The superpowers USA and USSR faced each other directly in Berlin. Some places in Berlin still bear witness to their confrontation, for example Checkpoint Charlie. Also many spies cavorted near the border - we tell their stories.

On this city tour we show pictures and films - at the original locations - which partly originate from private property.

The time of the Cold War is thus once again alive before our eyes.