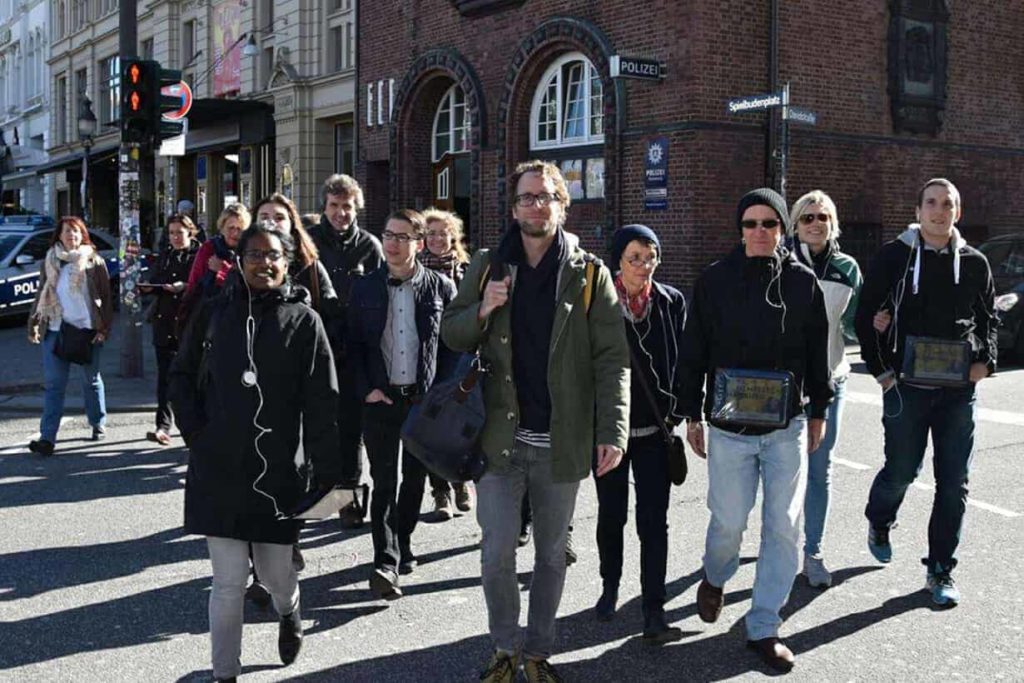 Movie City Hamburg - On the trail of famous films

Our two-and-a-half-hour tour goes in search of clues. The aim is to find the locations for well-known feature films shot in St. Pauli. These include old classics from the 60s and 70s as well as new films, like "Der Goldene Handschuh" by Fatih Akin, whose shooting has just been completed. A special focus is therefore also on the films of Fatih Akin, who has shot several times in St. Pauli since his feature film debut "Kurz und Schmerzlos".

The special feature of the tour is that every guest gets an iPad on which the appropriate film clips are played at the appropriate locations and commented on by the guide. The tour will be moderated by Arne Krasting, historian and founder of the company videoSightseeing. A representative of the Film Commission will provide additional information on film funding.

The tour ends with a magnificent view from the bar of the Hotel Empire Riverside.

Please feel free to contact us.
Send EMail
We start into the season 2021

We start with German-language walking tours: