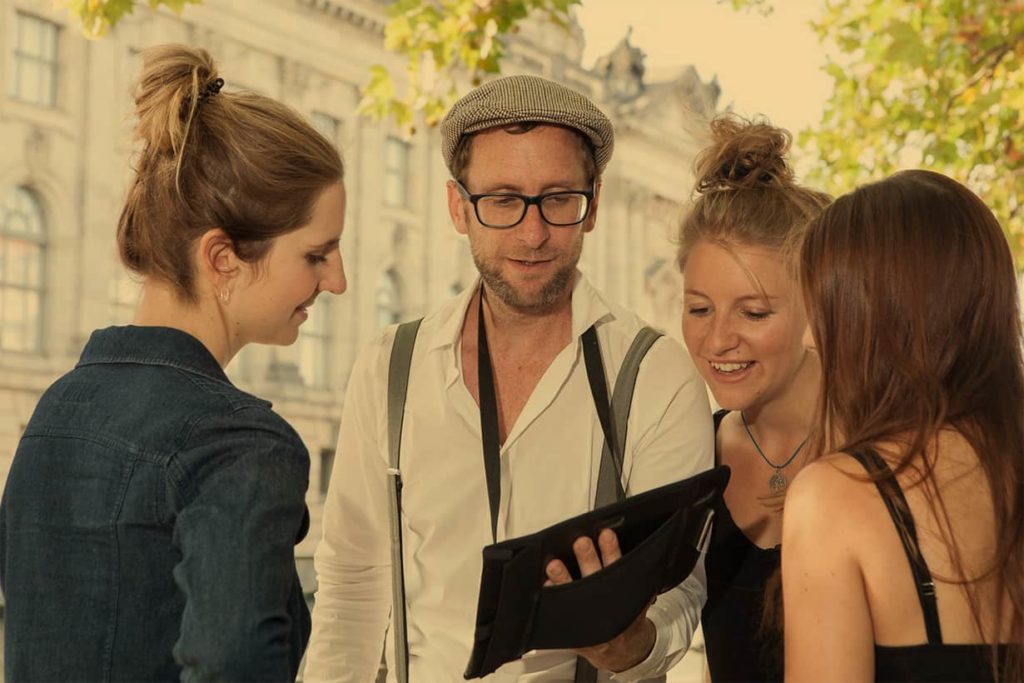 The Babylon Berlin Tour. On the tracks of Gereon Rath. (half day tour)

We are partner of the TV series "Babylon Berlin"

This tour is in German language.

After bestselling author Volker Kutscher has already conquered an audience of millions with his Gereon Rath thrillers, the series about the most exciting city of the 1920s is now inspiring the whole world. The spectacular TV event was filmed at numerous locations in Berlin, e.g. Alexanderplatz, Rotes Rathaus or Rathaus Schöneberg.

On our three-hour walking tour we explore the some of the best of those locations and take you into the world of the fictional character Gereon Rath. On iPads at location, we show exclusive film clips from the series and fascinating original footage from the 1920s.

Hear from us the background stories about the film shoot, the actors and the 20s in Berlin.

Become part of the fascinating world of "Babylon Berlin" and travel back in time into the late Weimar Republic.

The tour is (almost always) moderated by Arne Krasting, historian and expert on the Weimar Republic - as well as contributor to season 3 of Babylon Berlin.