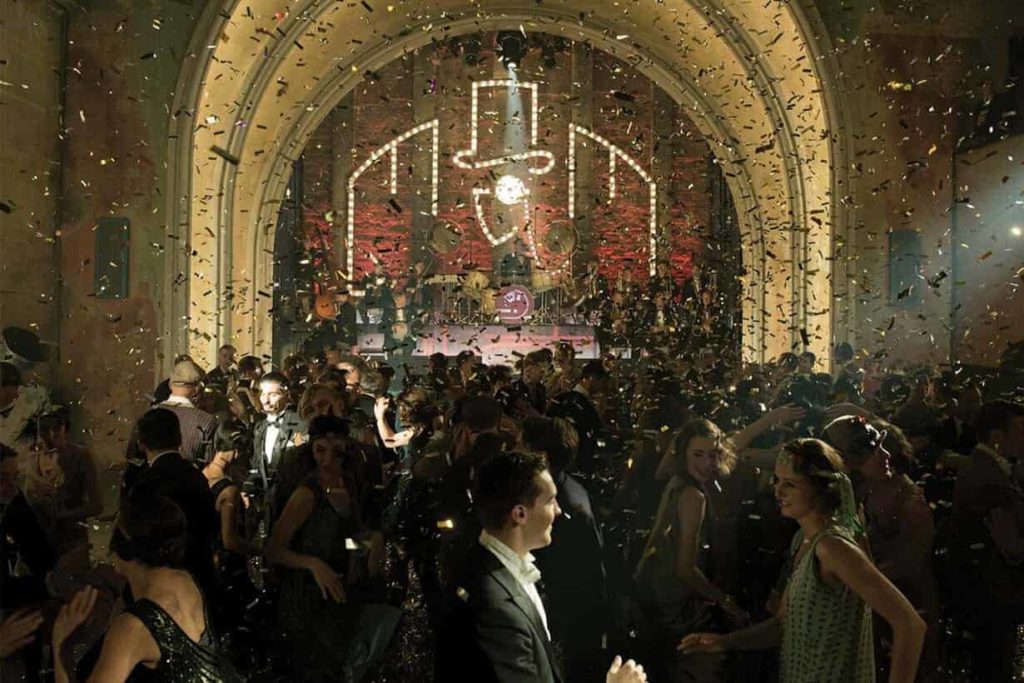 On our official Babylon Berlin tour, we will visit the locations of the series, view several locations from the inside and travel back to the year 1929!

Zeitreisen is official partner of "Babylon Berlin", the TV event of the year.

After bestselling author Volker Kutscher has already conquered an audience of millions with his Gereon Rath thrillers, the series is now enthusing the whole world about the most exciting city of the twenties. The spectacular TV event was filmed at numerous original locations in Berlin, e.g. Alexanderplatz, Rotes Rathaus or Rathaus Schöneberg.

Our official Babylon Berlin bus tour is the perfect tour for lovers of the twenties, for fans of the series or the books, but also for guests who are interested in fascinating stories from the time and "Sex and Crime" in old Berlin. We would also be happy to adapt the tour according to your wishes.

Join us on a time travel to the year 1929, to the world of the series' hero Gereon Rath and Babylon Berlin!