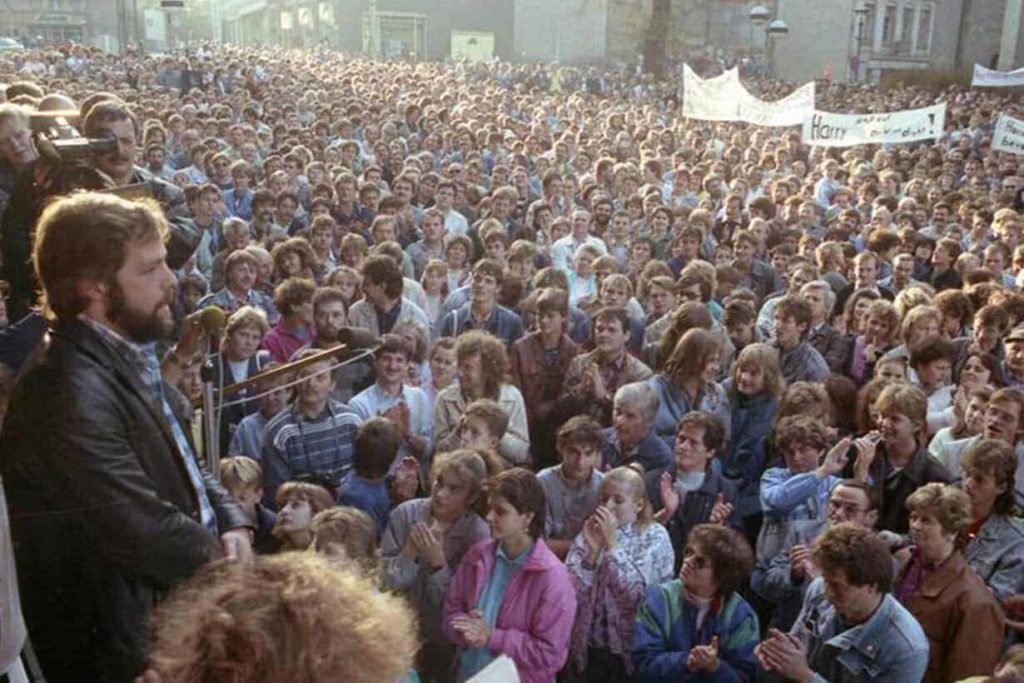 Leipzig and a Moment of World History.

On 9 November 1989, the Berlin Wall fell! What happened in Berlin – and moved the world – began in Leipzig with the Peaceful Revolution. Who were the people that brought a dictatorship to its knees with a peaceful protest? What were the causes that brought about the end of the first ‘workers’ and farmers’ state on German soil’ – what was it in fact?

A breathtaking voyage of discovery in images takes you through the history of Leipzig from 1945 till 1990 and shows everyday life in a city of the GDR. Military parades and state-celebrated trade fairs, crumbling apartment buildings and environmental catastrophes brushed under the carpet, world-renowned music and popular culture: at the historic locations of historic events we follow in the footsteps of the demonstrators on their way to the Peaceful Revolution of 1989.