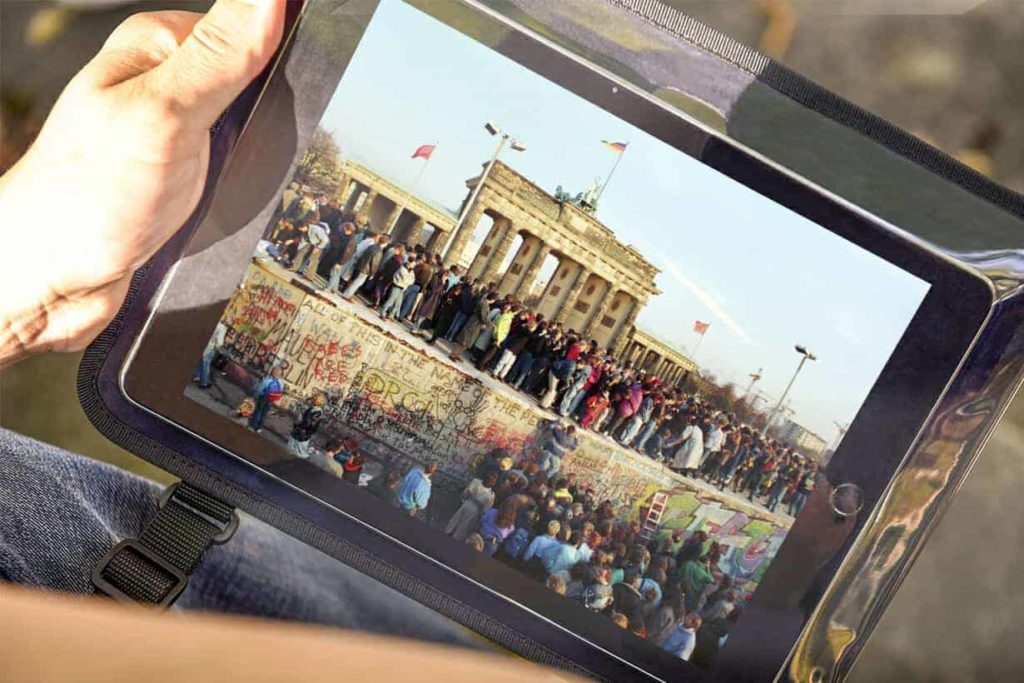 World history up close - Berlin's centre at a glance

We go on a search for clues in the centre of Berlin.

Berlin is an open-air museum of the 20th century. From the imperial era to the Golden Twenties, National Socialism, the Cold War and the division of the city, and finally to the reunification.

Between Potsdamer Platz and the government quarter you can find scenes from every era. On our walking tour in Berlin's centre we tell dramatic stories and bring the past back to life with images and films on our iPads.

We show where the wildest parties took place in the twenties, where Hitler spent his last days, where the death strip of the Berlin Wall had its greatest extent, and where the first piece of the Wall was removed.

History up close and in your hands.